As a former secondary school, and now primary teacher, being a mentor for Cherished has
enabled me to not only provide much-needed support for girls, but also to share my love of
arts and crafts.

Sadly, some girls have never had the opportunity to craft before, and so by
providing them with the opportunity to express themselves creatively, they are not only
learning new skills, but it is also giving them increased confidence that they can use daily. 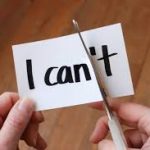 It may seem natural for us to select a felt-tip colour and to either draw or to colour in a
picture, but for some girls, even the simple process of making a decision over what colour to
choose can be daunting. Low self-esteem and confidence can make decisions such as colour,
where to stick something or even what to draw quite daunting. By providing opportunities
for girls to have freedom to explore and experiment in an environment where they don’t
feel judged, is invaluable as part of the mentoring process.

How to incorporate craft:

Craft is a tool that can be used to direct the mentoring session towards a significant ‘topic’
for the mentee in an informal and relaxed way which, in the case of primary aged girls, can
be the key to important discussion. Initially, when I first started mentoring, I was so
desperate to ensure that I covered all the key areas identified for my mentee that I felt that
needed to be the focus. Working with my last girl, aged 9, this was turned on it’s head, as
she had never crafted before. Each week, as she became more confident in crafting, this
became her main focus, and her excitement grew. As it was the focus for her, it also became
the focus for me, and crafting became the tool to deliver the ‘important’ things instead of
the other way around.

What to craft why worked well and things to be mindful of:

Over the past 12 months I have undertaken many crafts with my mentees, and these are a
few of the ones that they particularly enjoyed. 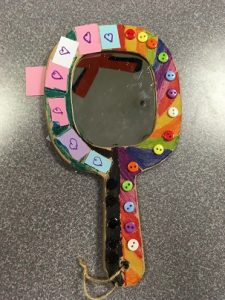 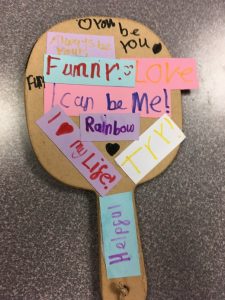 This is an excellent activity for girls to create something that they can use. By giving them a
selection of resources, they are able to design their own mirror which can be used as part of
sessions on self-esteem and positive self-image.
When using this activity for primary aged girls, it is best to provide a selection of ‘positive’
quotes and inspirational words for her to choose from as they will find it more difficult to
think of them for themselves. Discuss what they mean and how they may be relevant to her,
and then let her choose which she would like to use, and which inspire her. Then give her
complete freedom to decorate it as she wants. 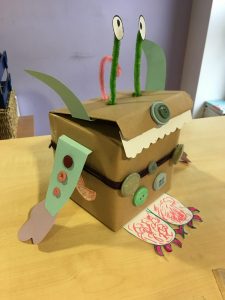 Worries and anxieties are a focus for girls at any age. Many schools and classrooms at
Primary level, have a worry monster, so that children can write down their worry, and ‘feed’
it to the monster. I thought it would be a nice idea to make our own, that my mentee could
take home. We talked about how she could write down her worries for the worry monster
to eat, but that if she wanted, she could ask mum or dad to read them whilst they were in
the worry monster if she felt it too difficult talking to them about it.
To decorate the box – let their imagination run wild! 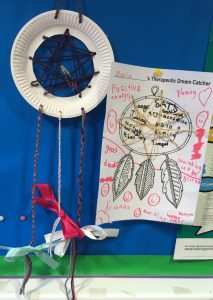 This can be used in the previous or following week to the worry monster box and gives your
girl another way of thinking about and discussing her worries and anxieties, along with
something she can take home and that will have a significant meaning to her. The first part
of the activity lets you discuss all the things that make her happy, and these are written or
drawn on the outside of the drawn dream catcher. Inside the dream catcher she can write
down the things that worry her – no matter how small or insignificant she may feel they are.
This gives you an opportunity to talk about the things in her life that worry her, and how by
thinking of one the things that she has written on the outside will help to make that worry
less of a worry. Once the worries have been written inside, they are ‘trapped’ by sticking
string across them.You can then make a dream catcher that she can hang in her bedroom at home. Cut out a
circle from the middle of a paper plate and punch holes around the outside of the hole –
this can be tricky, and sellotape may be useful at this point if the holes are too close to the
edge! Thread wool through the holes to make a pattern across the central hole. Punch hole
at the bottom to hang ribbon, feathers, or plaited wool.

Don’t be afraid of using crafting as a tool rather than a follow-up. Primary aged girls find it
more difficult to open up and talk as they quite often don’t have the words or confidence to
say it out loud. Sometimes they may not even be aware that it is an issue until it comes out
through the activity.

Finally – be creative and have fun!